skip to main | skip to sidebar
I have been working hard on my craft since 2004, and I think I have a skill level that shows in my work. I am the do over queen and there are many heads without bodies to suggest that these mistakes drive me to the perfect end. The finished doll always seems to lead to the next doll, one is born out of another. This is why I love making dolls. It is the air I breathe and pretty much defines me. I am a doll maker.

This may sound strange but these bodiless heads and headless bodies speak to me. I have control over the parts and pieces individually, but the position involved in the connection is revealed at the moment the pieces touch one another for the first time. The head moves me to sew it in a certain pose, same with the hands and arms. The whole doll forms itself to be expressive according to its idea of itself. 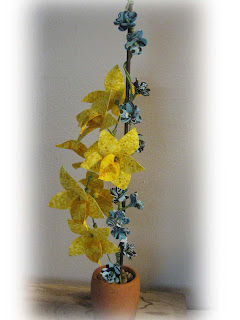 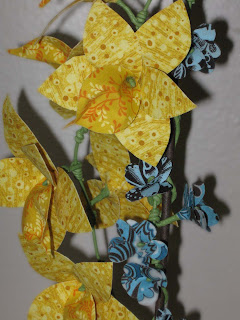 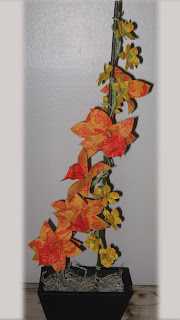 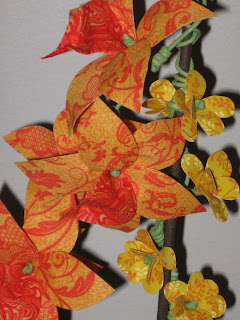 These are made of stiffened cotton fabrics.
I've been having lots of fun making these sculptures.
Art is a wonderful way to discover oneself
Share
Posted by Nat at 5:18 PM 1 comments

I have always been intimidated by a space with edges when it came to drawing . . . 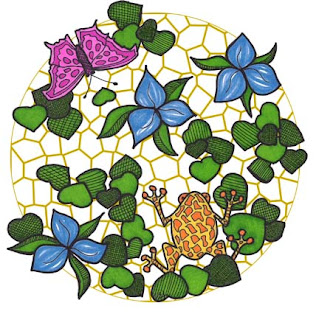 There is something freeing about a circle . . .
Share
Posted by Nat at 4:09 AM 0 comments 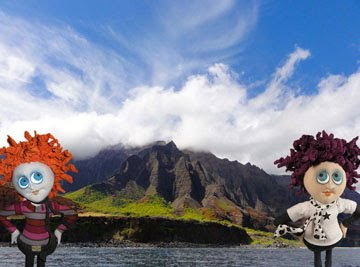 The end of the road showing the Napali coast and the vast Pacific Ocean.

Hawaii is an ever changing colorful environment. Beautiful and volatile, the island of Kauai was born 6 million years ago. Quite an amazing place to behold . .

thanks to Dot Lewallen for the use of her photo

If you would like Georgia and Star to visit some place you've been email me some pics and some info. I can't pay, but I will give you photo credit.
pixelplay@hotmail.com
Share
Posted by Nat at 7:59 AM 3 comments

We crossed the big wide ocean to find the old world.
London, England is the perfect city for a red head doll. Wonder if my English ancestors stood in this river too?

Star has always had a love for Swedes, so our visit to Göteborg Sweden was incredible.

As world travelers, one must always be willing to get their feet wet.
The best views are always from the left . . .

thanks to Walter Davis for the use of his photos

If you would like Georgia and Star to visit some place you've been, email me some pics and some info. I can't pay, but I will give you photo credit.

There was something different about this Christmas. I bought decorations, had lights strung up around the house and even had a tree. The season had not meant anything to me in decades, but this year was different. Two twin boys reminded me of the excitement there was in this time of year. 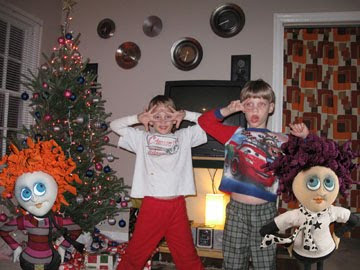 Christmas came and went too fast. Wish I could relive it again and again. I suppose we should stop telling the kids "Santa is watching", but if it keeps on working . . .

The last 4 months have brought three new people into my life. My life now is about family, and all the free time is given to two wonderful boys. The same two I have been sharing in my previous blogs. I haven't given up on the dolls, but finding time to create has been difficult.

My energy has been put into developing dolls that I can one day have licensed. Georgia and Star have been transformed from Art Dolls to dolls that can be played with. I will now release them into the arms of two, 6 year old boys who have adored them from afar. They have been waiting with wide eyes watching me make their new playmates. 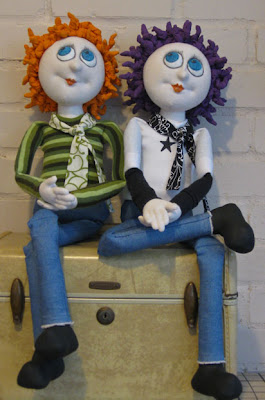 So I hope to make a few to sell and my hopes are even bigger for the possibilities of a future where thousands of kids will have the chance to create their own adventures with Georgia and Star.
Share
Posted by Nat at 7:39 AM 1 comments 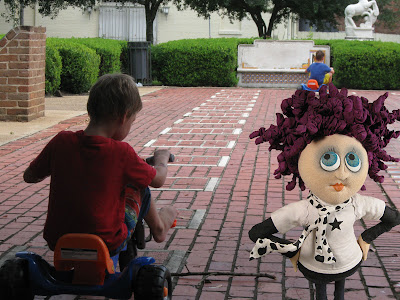 If you want to take your big wheels for a spin in the hot summer heat, head to Spanish Plaza in downtown Mobile. 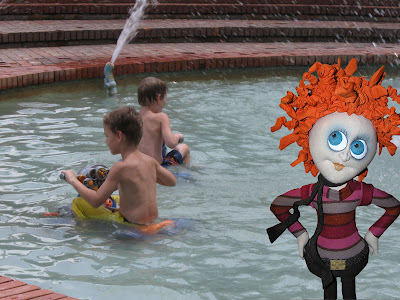 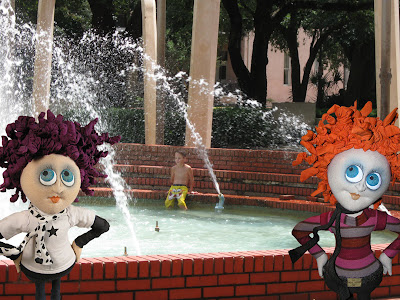 thanks to Natalie Johnson for the use of her photos

If you would like Star and Georgia to visit some place you've been email me some pics and some info. I can't pay, but I will give you photo credit.
Share
Posted by Nat at 3:05 PM 2 comments 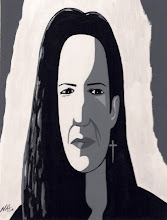 The original woodcut print made back in 1988 was my first piece of artwork. This is what started my wonderful journey into the unknown.

Nat
I am a self-taught artist. Since 1988 I have used the mediums of printmaking, painting, sculpture and sewing to create artwork. In 2004 I started making soft sculptures and marionettes. In 2006 I began learning how to make art dolls. An instructional dvd by Akira Blount taught me needlesculpting and since then, I have found my passion. I design and make the clothes, the hair and everything else to finish the doll. There are many small steps in the creation of an Art Doll and I am challenged, educated and inspired through it all. I am thankful to God for the talent and inspiration to make my dolls and through my whimsical style, my wish is to make the observer smile, spreading the same joy I get in making the dolls. Visit my Etsy shop artdollsbynat.etsy.com pixelplay@hotmail.com

Sleep and Her Sisters

Sisters of A Broken Heart 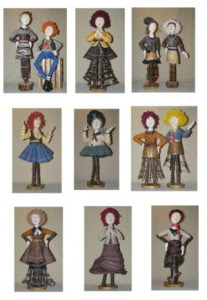 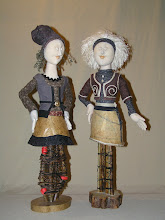 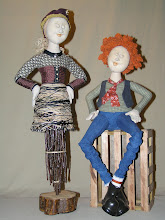 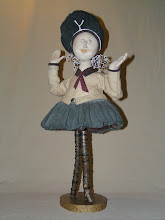 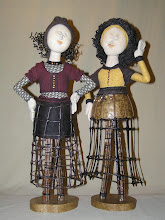